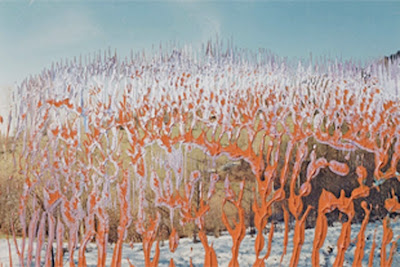 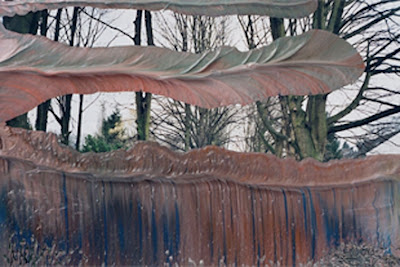 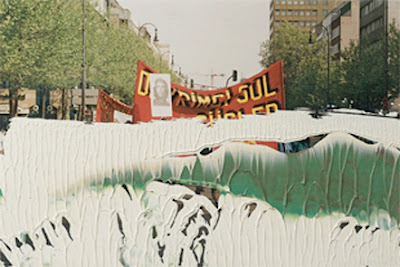 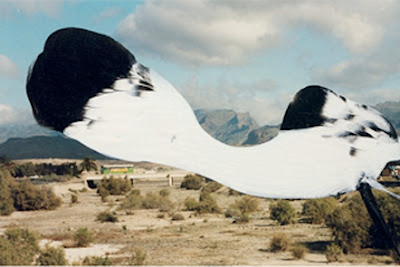 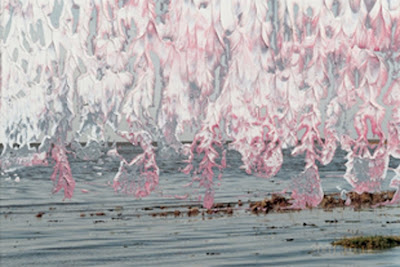 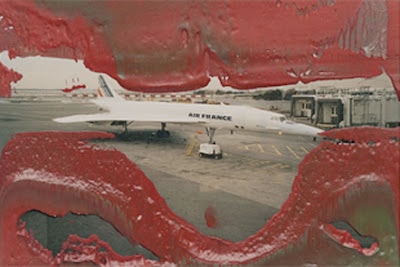 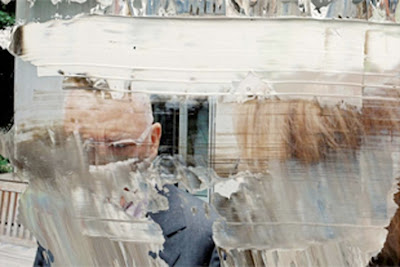 “Richter has initiated a fruitful dialogue between painting and photography that has resulted in his painted photographs, small-format images taken during his travels, walks or within his own home. Those images that do not fit within his personal album due to their lack of specificity or focus or for being duplicates are subsequently painted. The images that compose the Overpainted Photographs exhibition come from private collections and the artist’s own collection, and they reflect the intensity and perseverance with which Richter has worked on this project from 1989 to the present day.”


Darren Almond’s diverse work, incorporating film, installation, sculpture and photography, deals with evocative meditations on time and duration as well as the themes of personal and historical memory. 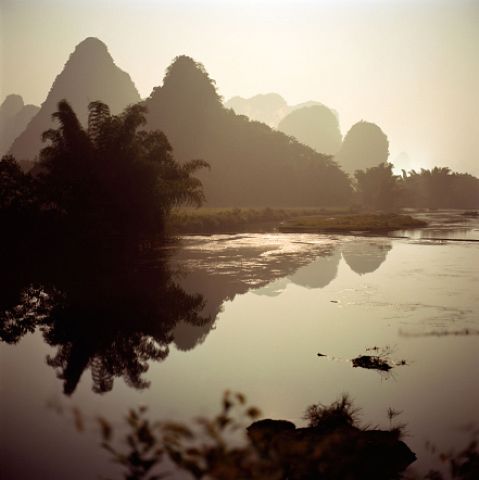 © Darren Almond
Almond is interested in the notions of geographical limits and the means of getting there – in particular, culturally specific points of arrival and departure. Since 1998, Almond has been making a series of landscape photographs known as the Fullmoons. Taken during a full moon with an exposure time of 15 minutes or more, these images of remote geographical locations appear ghostly, bathed in an unexpectedly brilliant light where night seems to have been turned into day. Many of Almond’s works are filmed in wide ranging – and often inaccessible - geographical locations such as the Arctic Circle, Siberia, the holy mountains in China or the source of the Nile. The artist followed a sulphur miner in Indonesia during one of the labourer’s daily journeys from the mouth of a crater to the weighing station to produce Bearing, shot with a high definition camera. In Schacta, Almond filmed the activities of a Kazakhstani tin mine and set them against a haunting soundtrack – made as a field recording – of a local female musician/shaman during her performance. Other works explore themes closer to home: Traction is an ambitious three-screen projection that draws a portrait of the artist’s father, laying bare external and internal scars, whilst revealing the artist’s preoccupation with time. A similar intimacy is evoked in If I Had You, a multi-screened film installation about the artist’s grandmother – a tender portrait of youthful reminiscence and the dignity of old age. In Terminus, Almond negotiated relocating the original bus shelters of the town of Oswiecim (formerly Auschwitz) to make a moving installation about historical loss. Another realisation of time was achieved with the work Tide, in which 600 digital clocks were lined up along the entirety of a wall simultaneously registering the relentless passage of time, especially relevant to the ‘clocking in and out’ procedure of mechanised labour.