Hosted in the Medieval Castle, home of the Museum of Italian Art 1985-2010, Sources of Bepi Ghiotti is an open project born in 2007 as a reflection on the necessity of a greater awareness on the importance of water on Earth.
Intertwining technique and contents, the series of ten large photographic pieces unveils the essential, the origin, the source: the point, unique, from which everything is originated. 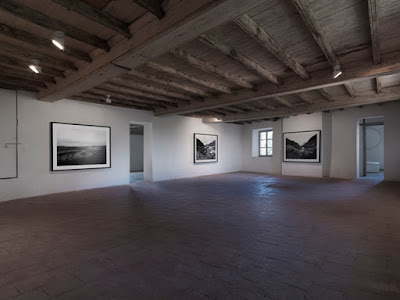 Sources, moves on a symbolic territory so dense it risks bringing the audience into a hyper-trophic, overwhelming, excessive assignment of meanings, eventually minimizing the value of the artist's action, framing it in a far too easy system of semantic references.

Here's why it's necessary to look back to the long relationship between Ghiotti and Photography, advertising in particular, in order to better understand the value in the concepts of complexity /essentiality in the artist’s iconological research. The typical image bulimia in the advertising system addicts the consumer to the ingestion of a quantity of shots among which the relationship between the contents seems to be built in retrospect, almost trying to "justify" some kind of plot in the mind of the audience bringing it to an effective message decoding: simple, unique, unmistakable.

In Sources instead Ghiotti appears to move through a someway backwards path: starting extremely complex, loaded, a true generator of sense, makes it finally to render essential, flawless and noiseless. The chosen subject, significantly charged in symbolic attributions: place in which, according to many cosmogonist myths, water is separated from the earth to give birth to life, which focuses archetypal concepts such as sacredness, origin, boundary, nevertheless economic, political, environmental issues that have to do with water and it's incommensurable value, is solved in the final synthetic perfect form which we can see, only after physically walking kilometers of land, after having left behind, along the road and during the time separating shootings - since 2007 - all the unnecessary, the blatant, the redundant.

As if, the most interesting re-appropriation that Bepi Ghiotti operates on the photographic tool was achieved through his personal, rather existential, path to synthesis. Almost telling about a trip backwards, made of subtraction and of lightening once arrived at the sources. That only in the end shows a new symbolic, ancestral, sacred beginning, able to distill the initial complexity in a simple, essential vision.

Sky Mirror, Red (2009) by Anish Kapoor, via The Guardian
On view in London’s Kensington Gardens is a major exhibition of outdoor sculpture by London-based artist Anish Kapoor. Presented jointly by the Serpentine Gallery and the Royal Parks, the exhibition displays works not previously shown together in London. Dispersed throughout the gardens, Kapoor’s sculptures are made from highly-reflective stainless steel, which create large mirrored surfaces to distort the image the surrounding environment.

" The Giacometti Variations " is an original project of Californian artist John Baldessari and conceived specifically for the exhibition spaces of the Prada Foundation in Milan. The installation consists of nine sculptures made of resin and steel and sprayed with bronze. Inspired by the Swiss sculptor, the oversized and slender female figures are dressed in garments and objects designed by Baldessari himself. Arranged in a row, the huge mannequins recall a snapshot of a fashion show. Their look is inspired by a range of characters, from the Degas ballerina " La petite danseuse de quatorze ans," a cloth bodice and a white tutu, to the hot-pink bow in duchess satin - an ironic revisiting of the 1950s Hollywood glamour of Marilyn Monroe; from the nineteenth-century crinoline of "Gone with the Wind" to Humphrey Bogart's trench coat in "Casablanca," and more..... 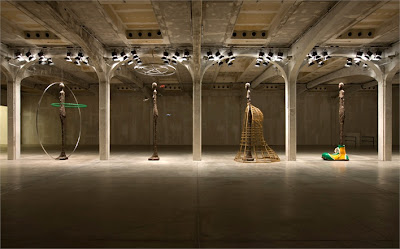 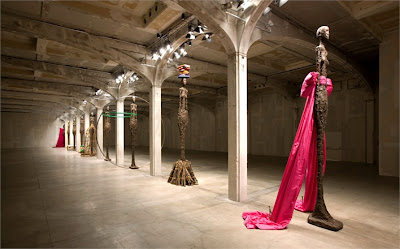 The burning pyre of St. Joan of Arc 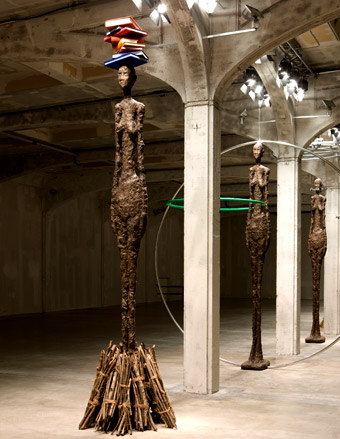 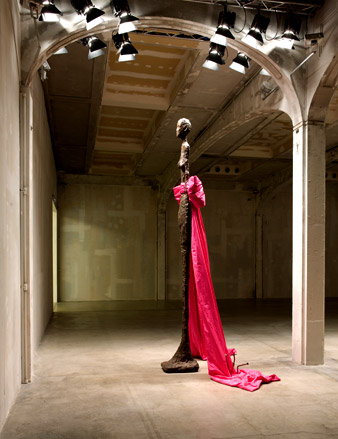 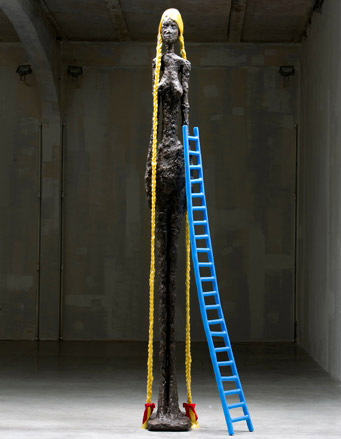 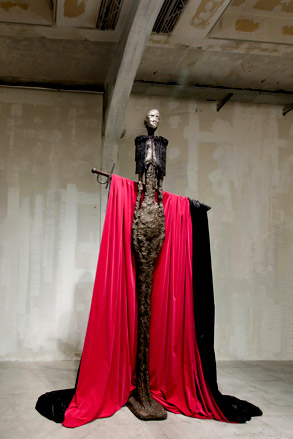 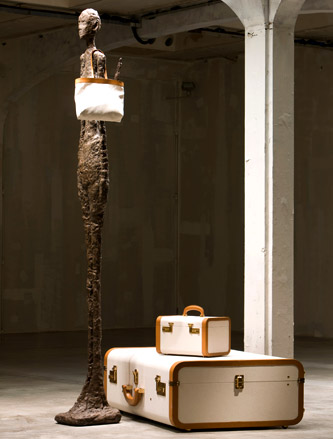 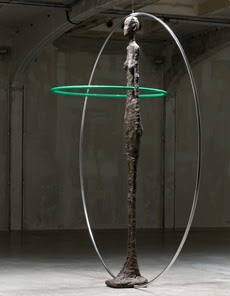 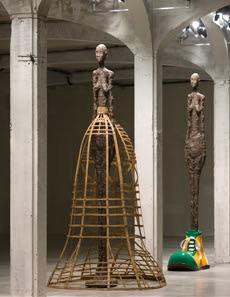 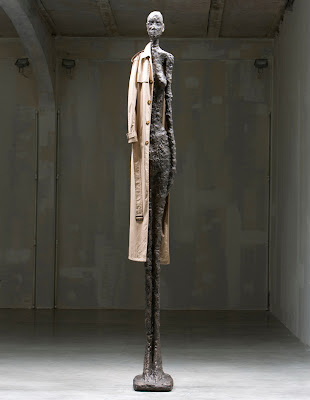 Dorothy's ruby slippers in "The Wizard of Oz" 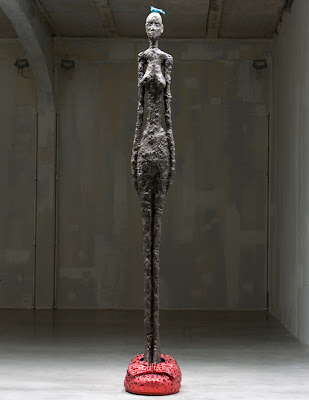 Courtesy of the Fondazione Prada
John Baldessari
Photos by Roberto Marossi
" The Giacometti Variations " is currently on view Fondazione Prada, Milan from October 29 to December 26, 2010.

THE FLESH AND THE SPIRITBY SALLY MANN 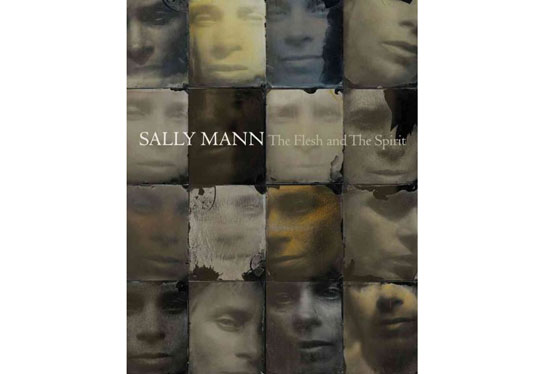 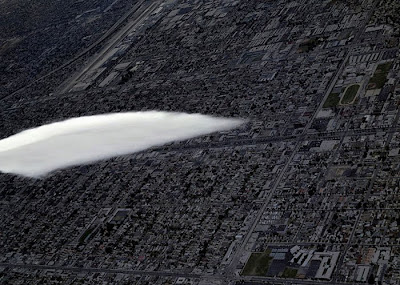 Florian Maier-Aichen is a 36 year-old German photographer whose interesting experimental landscape work positions him somewhere very different from his more famous peers, such as Gursky and Strüth. Based between California and Cologne, his images are an individual, unique reinterpretation of classic landscape and cityscape photography. Referencing the work of masters of the field such as Carleton Watkins or Ansel Adams, Maier-Aichen often shoots clichéd scenes but does something strange with them. Aerial views, subtle comping of pictures, or odd effects applied to the final print create images that feel both familiar and ‘off’, playing with our sense of perception.
Using different techniques for different projects, Maier-Aichen questions what an idealized landscape photograph should look like. In 2005 he shot images in California on colour infra-red film, rendering well-known American vistas like the Pacific Coast Highway or the popular tourist location Lake June as inhospitable, martian landscapes. His 2004 photograph of Long Beach is like an industrialized Ansel Adams take on a huge, mechanized city; a view no human eye could ever see. Deliberately choosing the industrial backside of Los Angeles and adding the mountain range in post-production, Maier-Aichen, shows us a strange, dystopian, sprawling view of an instantly recognisable city in a new and unexpected way.
In ‘Chamonix, 2007’ he mimics a Kodachrome postcard of an idyllic alpine scene, but shoots the image from a dirt car park, complete with tyre tracks in the foreground. Another mountain scene from that year shows a winding alpine pass zig-zagging under a sky whose clouds are all printed out of register, creating a psychedelic sky above the snowy peaks.
Other images are shot at night from the air, with only twinkling lights alluding to the presence of a city, or in an alpine valley in the middle of a snowstorm, all but obscuring the view. The Maersk tanker photographs are also disconcerting – one showing a vessel seemingly reflected in glassily calm water, the other showing a capsized tanker with its cargo bobbing in the ocean…or does it?
Unfortunately a computer screen really doesn’t do these photographs justice. Some of the prints are 1 or 2 meters wide, and the level of detail is breathtaking. If you’re ever somewhere like The Whitney, MOCA or the Saatchi Gallery they are definitely worth seeing in person. 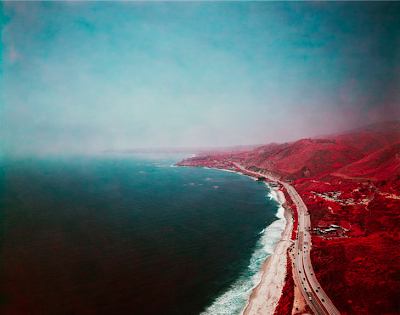 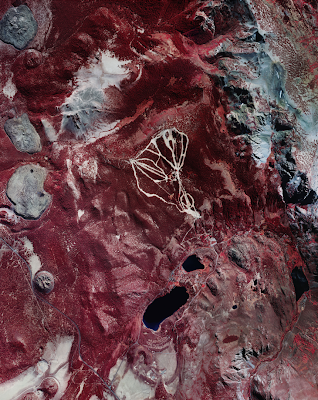 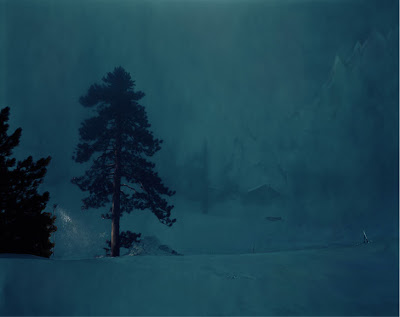 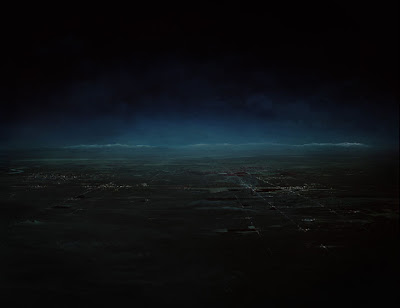