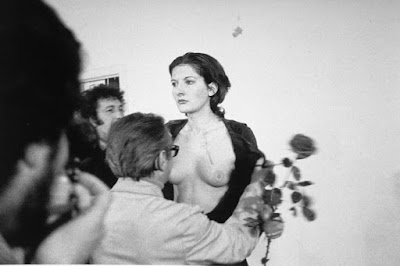 
Serbian-born artist Marina Abramović is a pioneer of the performance genre. A fixture on the international scene for over three decades, Abramović is known for pieces that test the limits of her body, eliciting cultural critiques, often of a feminist kind. This interview with Abramović was one of the first to appear in Museo, conducted in 1998 and published in the second volume of the publication.

Pitchaya Sudbanthad: Can you please give us your definition of performance art? What got you involved in this from of artistic expression? Are there any negative aspects to it?

MARINA ABRAMOVIĆ: For me, performance is when the performer steps into his own mental and physical construction in the public. It’s a kind of energy dialogue. They are not rehearsed or repeated but done once basically. There is a concept that is a platform for the performer to follow, but at the same time, he doesn’t know the outcome of the performance in that moment. It is very different from the theater. There is a constant dialogue between the performer and the public. I got involved with performance after making sound installations. At one point, I started using my body, and then, I never could go back into the seclusion of the studio and just make objects or other types of artwork. Performance was something that fit my nature the best. The negative aspect is that after performances, many artists cannot continue because of the amount of effort and energy required. You’re permanently exposed to the public, and the artist’s nature needs the seclusion of the studio. They often need to make objects. They cannot just maintain performing for long periods of time. It is very difficult. The second thing is the market. There is nothing left over. There is not much except the memory of the audience.

Sudbanthad: I think that it’s fair to say that you have faced death a few times in the performance of your pieces. Is there not a line to be drawn about what should or should not occur during a performance?

Sudbanthad: You’ve used pig’s blood and skeletons in your works. You’ve incorporated many objects into your works that are associated with biology, or to be more specific, the decomposition and dissection of the animal. In a way, it appears as if you are holding some sort of a communion between the audience and the artist, but the blood and body are actual. How do you use the idea of spirit in your art?

ABRAMOVIĆ: First, all the objects used change meaning by repetition. In some cases, it is a long process. The artist and the public need time to enter a state of mind, which can be achieved through repetition and the long duration of the piece. Each element and material becomes something else. You open the door and close it. That’s just opening and closing a door. But over hours, it becomes something else. It can take on another meaning. Elements like blood, bones, knives, honey, milk, and wine all have spiritual meanings and not just in the performances. 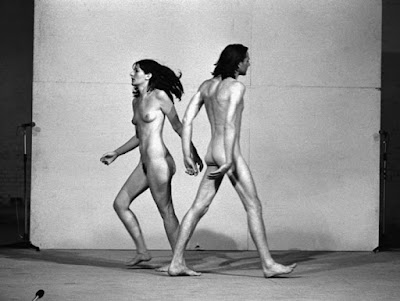 
Sudbanthad: In many of your works, you’ve dared the limits of pain and fear. Following your break-up with Ulay, there seems to be a noticeable shift from that direction. In your 1993 work, Biography, you announced “Goodbye pain, goodbye extremes, goodbye self-denial, and goodbye Ulay.” Have these farewells been realized, and where do you think you’re going from here?

ABRAMOVIĆ: There’s no such kind of a logical ending in dealing with pain. The Biography performance included all of the other performances in very short periods of time, and I had to come to the climax of the piece in less than three minutes. You see very early performances with real blood, knives, whatever. In the middle of the piece, I switched into the conglomerate period, moving away from all these things, but in the end, I went back to it, to performances that involve pain. It is not linear. It’s more circular. Things come and go. It’s not that I’m finished with pain. I’m always taking and analyzing all elements.

Sudbanthad: What influences your art? Is it the politics of the day?

ABRAMOVIĆ: I’m not interested in politics per se although it cannot be denied that some of my pieces have political content. I’m more into the transcendental aspects of the work. You can transfer ideas and make changes in the observer’s mind.

Sudbanthad: How do you judge the effectiveness of your pieces? What is your best work to date and why?

ABRAMOVIĆ: When I perform, I have to be there one-hundred percent. For me, then, it’s beyond good or bad. I can’t judge anymore. If I’m less than one-hundred percent, then the piece is not as good. If I’m in the here-and-now of the piece, the public can get affected. Some of them can’t leave. You see the emotions of the people. Some are very angry or excited—all of these extremes, but then again, my works are about extremes. The piece that is best for me is the work I’m doing right now, a piece called Expiring Body, a media installation inspired by my trip to India. It’s closest to me right now. At the same time, I don’t look to the past. I look to the new work. It’s changing all the time.

Sudbanthad: With this new computer age, do you foresee yourself getting involved with artistic projects over the Internet? Do you see a need for such technological involvement?

ABRAMOVIĆ: I never touch the computer. I don’t drive a car. I am technologically at the beginning. I always feel that technology is all progress and all reckless. You become an invalid without looking at your own abilities. But I see the Internet as something positive because you can connect so many people around the globe, and I’ve considered working with it. 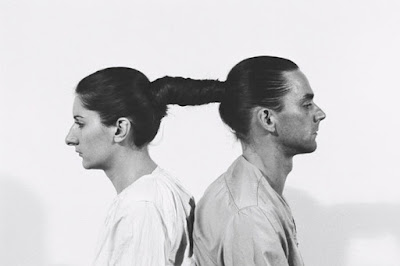 
Sudbanthad: After all these questions, it would be interesting to know your definition of art.

ABRAMOVIĆ: I see myself as a bridge between the East and the West. I think the function of the artist is to change the ways humans can think. The key role, like Duchamp or that kind of an artist thought, is to change the way that society thinks. The important thing is to find the point where society will change. To me, good art and artists will have to have not just one but many layers. Artists have to be analysts of society.

Sudbanthad: And what do you think is vital for young artists to make it in today’s world?

ABRAMOVIĆ: It’s important for them to understand who they are. This is what I feel that not many people do. Many artists will just look around and not really go into themselves. Make works that make sense. Avoid art pollution. 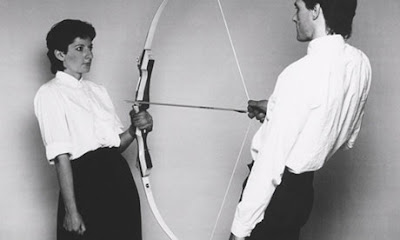