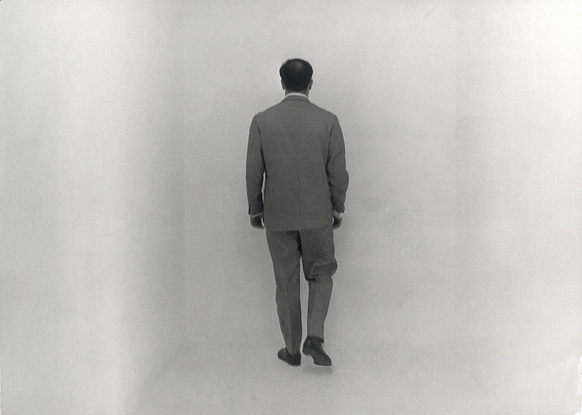 ArtistsArt & Language, Robert Barry, Chris Burden, James Lee Byars, Maurizio Cattelan, Jay Chung, Ceal Floyer, Tom Friedman, Mario Garcia Torres, Jochen Gerz, Jeppe Hein, Horst Hoheisel, Carsten Höller, Tehching Hsieh, Bethan Huws, Bruno Jakob, Yves Klein, Lai Chih-Sheng, Glenn Ligon, Teresa Margolles, Gianni Motti, Claes Oldenburg, Roman Ondák, Yoko Ono, Song Dong, and Andy Warhol.
Over half a century ago in Paris, Yves Klein created the first public display of invisible art: an empty white-walled room filled with what he called ‘immaterial pictorial sensibility.’ In the years since, artists have been driven by myriad motives to make work about the invisible, the unseen, and the hidden. Going against the grain of our image-driven culture, they have bypassed the impulse to produce visible objects and have instead explored art’s other communicative possibilities. Invisible: Art about the Unseen, 1957–2012 traces key moments in this history while surveying the artistic strategies and conceptual frameworks that such works have put into play.
Beginning with Klein’s utopian plans for an ‘architecture de l’air’ and Yoko Ono‘s instructions for invisible paintings, the exhibition explores the development of a low-profile tradition that reflects the influence of figures such as Marcel Duchamp, John Cage, and Robert Rauschenberg (who, with his 1953 Erased de Kooning Drawing, created a contrarian masterpiece by making an existing artwork disappear). In pioneering projects from the 1960s, Art & Language and Robert Barry made use of imperceptible materials (a volume of cooled air, a pattern of electromagnetic waves) as well as metaphysical ones (philosophical arguments, projections of thought). Their varied approaches underscore the wide spectrum of concerns that gathered under the umbrella of Conceptual Art’s ‘dematerialization’ of the art object. Yet for all their differences, such works share a common interest in drawing attention to the limits of visual perception and to the unseen structures, whether physical or ideological, that inform daily life as well as our encounters with art.
The notion that absence could be a carrier of artistic content profoundly affected ideas about monuments and memorials during this same period. Invisible includes material related to Claes Oldenburg‘s influential counter-monuments from the mid-1960s, which addressed trauma and tragedy by conjuring an absent figure or void space—an approach that years later would inform a number of significant commemorative projects dealing with the Holocaust and civil violence by artists such asHorst Hoheisel, Jochen Gerz, and Teresa Margolles.
Since the early 1970s, invisible works have continued to play a critical role in expanding the limits of contemporary art, while calling into question how such limits are maintained and function. Several invisible actions by Chris Burden opened up a new avenue of performance that involved the artist concealing his physical presence or withdrawing from public display of his work, as in Tehching Hsieh‘s 13-year performance Tehching Hsieh 1986–1999. In James Lee Byars‘s installation from roughly this same time, the visitors themselves momentarily vanish. Later ‘invisible performances’ have involved the making of evaporating texts that raise concerns around privacy (Song Dong) or non-existent movies that subvert our obsession with recording (Jay Chung).
Incorporating varied contributions by 26 different artists, Invisible ultimately reveals that there is no limit to the possible meanings of invisibility in art. Works that share a similar blankness can convey remarkably varied content. An empty room or unoccupied plinth may function as a sign of mystical sensibility, a haunting past, or a cursed presence. Invisibility can conjure the evanescent and the sublime; alternatively, it can evoke individuals and social groups who have been politically ‘disappeared’ or terminally marginalized. And almost inevitably most of these works highlight the fact that our interpretation and experience of art is often contingent on information that exists apart from an object itself.
There are also invisible artworks that evince a mischievous absurdity, that play on credulity and our willingness to suspend disbelief. Yet rather than comprising a conceptual end game or a rhetorical prank designed to flout our expectations, such works assume an important task: to keep us from forgetting that the true content of art cannot always be seen. Encouraging us to set aside our usual criteria for measuring artistic value, invisible works invite us to re-imagine how we engage with art. Above all, perhaps, this rich subgenre of art deserves our attention for its generously collaborative character. At the end of the day, these works can only ever be fully realized in our imaginations.
Exhibition curated by Ralph Rugoff, Director, Hayward Gallery.
Exhibition events
Thursday, 14 June 2012, 7pmSmells like Teen Spirit
Jeppe Hein
Hayward Lecture Theatre
Jeppe Hein discusses the topic of invisibility and sensory perception, with particular emphasis on smell. Drawing on his installation Invisible Labyrinth as well as other recent work, Hein explores these themes in conversation with the scientist Robert Müller-Grünow, a scent specialist with whom the artist has previously collaborated. Together, they examine synthesizing flavours, offering the audience a unique olfactory experience.
Wednesday, 20 June 2012, 7pmLecture by Tehching Hsieh
Hayward Lecture Theatre
Tehching Hsieh revolutionized performance art in America in the late 1970s and early 1980s. Between 1978 and 1999, he made six epic works of endurance; five ‘One Year Performances;’ followed by a final work, Tehching Hsieh 1986–1999, a 13 year performance. He did not reveal the content or the purpose of this performance until New Year’s Day 2000, the day after it was over.
Exhibition tours
Thursday, 21 June, 6:30pmA tour with the exhibition’s curator and Hayward Gallery Director, Ralph Rugoff.
Thursday, 28 June, 6pmArtist Song Dong talks about his work in the exhibition, Writing Diary with Water (1995).
Friday, 29 June, 1pmA tour with artist Jochen Dehn.
A performance artist who likes magic tricks and illusions, Jochen Dehn enjoys hiding and moving  soundlessly. He is interested in becoming invisible and describes invisibility as ‘a process of blurring outlines.’
Thursday, 12 July, 6:30pmSee the exhibition in the company of Assistant Curator, Eimear Martin.
Tours take place in Hayward Gallery and last approximately 45 minutes. Free with same-day exhibition ticket.
*Image above:
Yves Klein in the Void Room (Raum der Leere), Museum Haus Lange, Krefeld, January 1961.
© ADAGP, Paris and  DACS, London 2012. Image courtesy Yves Klein Archives. Photo: Charles Wilp.