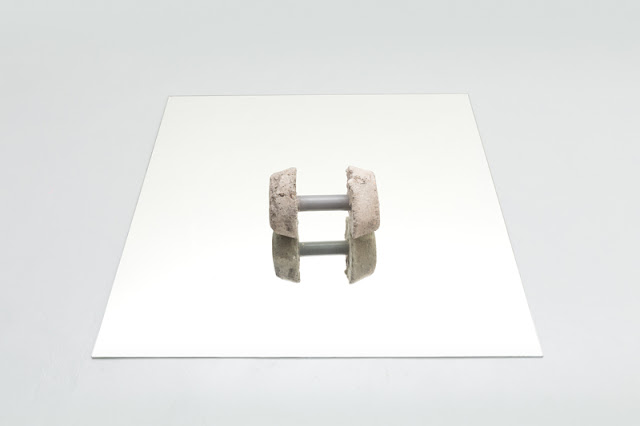 OFCA International is very pleased to present ‘Indisciplinato’, Italian artist Marco Cassani’s first solo exhibition at  OFCA in Yogyakarta, Indonesia from 27 January – 28 February 2016 as part of its new program Prima Visione.
“Like Cerberus, the animal guarding the gates of the underworld in Greek mythology, Marco Cassani’s practice consists of three heads: his practice as artist, his role as Lucie Fontaine’s employee − regarding the unique program he developed at her Balinese branch Kayu − and, last but not least, his position as founder and CEO of VAPRICO (Value Prism Corporation), an art project organized like a venture that aims to highlight particularities of human being, collecting them in a form of intellectual multitude. Omni-tasking, schizophrenic and full of contradictions, this position brings a myriad of possibilities: Questioning not only the understanding what is means to be an artist today, it also triggers a larger discourse about the lack of distinction between labor and leisure (the very base of cultural production) while reaching its most paradoxical and therefore contemporary state only through positions similar to that of Cassani.
The desire to see reality and fiction continuously intertwining is another important aspect of Cassani’s practice. If his employment withLucie Fontaine can serve as an introduction, the real core of this position comes with VAPRICO, which is being developed by the artist since 2014. Within this territory, Cassani has created a series of objects − possibly classifiable as artworks, props, tools, products, or even still lifes − that are encapsulating labor or the possibility of such. Presented through a carefully orchestrated series of actions, including photo shootings echoing the studio of Brancusi currently reconstructed in front of the Centre Pompidou in Paris and a semi-fictitious newsletter, VAPRICO has the possibility of questioning once again the state of the arts, but this time within a context that is far from the comfort zone of conceptual art. In other words it is important to stress the fact that the artist has developed this project and his language within the context of Indonesia, a country whose dynamic and vibrant art scene is still rooted in a certain understanding and convention of what it means (or is supposed to mean) to be an artist today. Aware of this condition, his first exhibition at OFCA International in Yogyakarta becomes a conscious action that needs to be understood within the layers of Indonesian, and even deeper of Balinese society of which the artist is an expat. Is perhaps the artist standing at the gate, connecting a conceptual underworld or even more specifically his Italian heritage (Arte Povera) with a still considerably idyllic and pastoral land (Bali)? Are these three heads meant to vigil over the amount of complexity, which is characterizing the current state of reality? True or not, Cassani’s artistic practice opens up our imagination and makes us doubting the status quo.” [exhibition text by Nicola Trezzi, 2016]
Prima Visione is an ongoing art program of solo exhibitions, inspired by Indisciplinato, the first solo presentation of Italian, Bali-based artist Marco Cassani at OFCA International in Yogyakarta, Indonesia in 2016 as Prima Visione’s Edition #1.Alongside its exhibition series Re-PLAY (2012-ongoing), OFCA International has developed Prima Visione to provide invited individual artists a way to baptize the specific result of their intense artistic research. Leaving the studio, the works enter a platform of semi-public visibility, presenting themselves as subject to dialogue and discourse. With its artist-founded background OFCA represents an environment, wishing to bridge the realm of creation with the realm of what is to come after, allowing the physical experience of the artworks and personal dialogue about them to be the first step in this encounter. [AH 2016]
Supported by Italian Institute of Culture, Jakarta
http://www.ofcainternational.com/news/