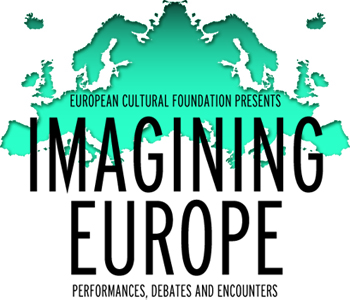 Today, as Europe navigates its way through a turbulent period of history, many difficult questions are being asked about its future. ECF’s four-day event—Imagining Europe—will provide a platform to discuss some of these burning questions. Although it won’t necessarily provide all the answers, the event will bring together artists, thinkers and cultural creatives who will explore these important contemporary topics on Europe from their own unique perspective and creative genre.
Imagining Europe Programme
4 OctoberAmitav Ghosh, author of The Glass Palace and The Hungry Tide, will give a keynote speech, followed by a discussion with Dutch TV presenter Twan Huys. Ghosh’s writing reflects his own global story: raised in Bangladesh, Sri Lanka and India, and educated in Delhi and Oxford, his work has been translated into more than 20 languages and has won many prestigious awards.
4–5 OctoberSyrian clarinetist Kinan Azmeh and Dutch trumpeter Eric Vloeimans will play together in a unique performance. Celebrated for creating a rich sound that transcends musical genres, Azmeh will play new, joint compositions with Vloeimans, who is widely regarded as one of the most influential trumpet players of his generation.
5 OctoberThere will be a world premiere in Amsterdam by the much-celebrated Belarus Free Theatre company from Minsk, a theatre company largely in exile from their native country. Their new work, Trash Cuisine, promises to be a “culinary experiment” with a disturbing undertone of violence.
6 OctoberA unique live cinema performance called European Souvenirs. The show is a collective exploration by five young media artists featuring media found at archives in their countries and existing imagery of Europe and its travellers. Inspired by their own personal memories, they offer us a trip down memory lane.
7 OctoberFilmmaker John Akomfrah will engage in a dialogue with writer Abdelkader Benali. A selection of Akomfrah’s works will frame the conversation, among them Signs of Empire and Mnemosyne, as well as his latest short film Peripeteia. Akomfrah’s films are distinguished by their poetic juxtapositions of archival media footage, literary sources and immersive soundscapes. His ethical recycling of images introduces new questions about culture, immigration and the conundrum of identity in flux. After the dialogue there will be a screening of Mnemosyne.
There will be other contributions from leading European cultural leaders too, including: the director of the Van Abbemuseum Charles Esche; writer Farid Tabarki; political expert Peter Vermeersch; sociologist and cultural commentator Tiffany Jenkins; and new media expert Juan Freire. There will also be reports from VPRO Metropolis, a video installation by German graphic artist and theatrical director Stefan Kaegi, and a project from Dutch new media artist Sander Veenhof.
Collaborating with creative intellectuals and artists from all over the world for the past 60 years, ECF is committed to supporting culture across Europe. This support engages people to use culture to inspire others. ECF believes the unifying power of culture is an essential component in the creation of an open, inclusive and democratic society that is vital for Europe’s future.
Imagining Europe is kindly supported by the Amsterdam Fund for the Arts.
Tickets for Imagining Europe are available now. The four-day event will take place in Amsterdam, from 4–7 October in De Balie and the Stadsschouwburg.