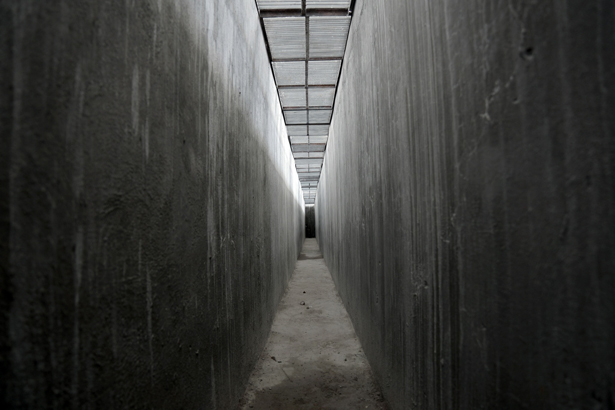 Announcing the reopening
of La Tallera

Share on google_plusone Share on emailShare
In September La Tallera, one of two studios inherited to the Mexican cultural system by artist David Alfaro Siqueiros, reopens its artistic program in Cuernavaca, Morelos. The studio has been adapted as a comprehensive program that includes an exhibition space, a digital documentation center on one of the most political and contradictory characters of modernity, international residencies for artists, art critics and curators, as well as a space for workshops and conferences.
La Tallera aims to become a space for the development and strengthening of art criticism. It will pursue research and production in relation to the local and global challenges that characterize the art circuit in Mexico.  After three years of renovation, La Tallera reinaugurates with an innovative architectural plan by Frida Escobedo, which problematizes the monumental and social qualities of Mexican Muralism to propose an institutional model that prioritizes the studio and development of discourse as the ideal of art production. Its design recalls certain structural elements of Russian Constructivism, while recovering the lattice motif popular in the Mexican architecture of the 1950s. Moreover, Escobedo kept intact the industrial character of the original exhibition space designed by Siqueiros, which was inspired by the vehicle assembly buildings and operated when Siqueiros developed the Polyforum Siqueiros.
From this historical perspective, its inaugural exhibition La Tallera: fábrica en movimiento (La Tallera: a factory on the move) curated by Mónica Montes and Natalia de la Rosa addresses the most thriving moment of Siqueiros’ life and his complex relationship with his uttermost noticeable patron, Manuel Suárez y Suárez. The exhibition focuses on the production of the mural La marcha de la humanidad en la Tierra y hacia el Cosmos (The March of Humanity on Earth and Toward the Cosmos) at La Tallera, which was commission by Suárez y Suárez. For the commission, Siqueiros requested the construction of an integral school-workshop dedicate to muralism. There, Siqueiros worked with a multidisciplinary group of workers, such as scientists, artists, and welders within a manufacturing system that allowed for the junction of technical, architectural and artistic knowledge.
To set off one of the most thought provoking contemporary space in the region, the exhibition was produced in collaboration with Isaac Broid and Marco Barrera. Together, the architectural team developed a museographical landscape inspired by Siqueiros´s concept of polyangular perspective, in which the public will be able to appreciate La Tallera: a factory on the move from multiple standpoints.La Tallera: a factory on the move will contribute to the analysis of the economic vision of the avant-garde in Latin America.